The proverbial glass ceiling has long been in the way of women’s upward movement within the public sphere, including in media institutions. How have women overcome the limitations of access and opportunity of the conventional media structures by increasingly and innovatively engaging with online media platforms and spaces?

The Sri Lankan chapter of South Asian Women in Media Network (SAWM Sri Lanka) organised a panel discussion on women’s engagement with new media, which I was invited to moderate. In addition to Sachini Perera from Women and Media Collective speaking about women’s participation in new media in general, four distinguished women delivered presentations of around 15 minutes each,

The presentations were uniformly excellent, and I understand will be published online anon by WMC and/or SAWM. I requested the panellists to consider the following points when preparing their submissions,

You may also wish to consider,

Some notes I took down as moderator, to stimulate discussion and also responding to the presentations by the panellists, follow. 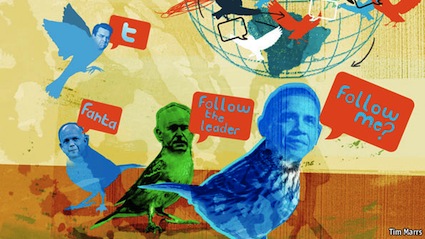 The Presidential and parliamentary elections held this year in Sri Lanka saw a number of candidates, in the run up to election, open accounts on Twitter. Leading politicians like Mahinda Rajapaksa, Sarath Fonseka, Champika Ranawaka, Sajith Premadasa and Milinda Moragoda, amongst others were extremely active on Twitter.

Save for Sarath Fonseka’s and Sajith Premedasa’s accounts, they are all now defunct.

Milinda Moragoda’s account, in the short time it was active, demonstrated more engagement with his followers than all the other accounts combined. This is captured in a tweet of his, noting that though he was new to Twitter, Moragoda believed “it should be used constructively”. Debates with @Nishan73, @Naleendra123 and @NalakaG for example shows Moragoda’s use of the platform to engage voters on key issues, even if the end result was to agree to disagree.

Tellingly, for Moragoda and others, Twitter was ultimately more a vehicle for propaganda than a means of sustained and meaningful engagement with voters post-elections. Premadasa’s and Fonseka’s Twitter accounts serve more as a one way broadcast of activities and updates, and no engagement at all with critical debate or dissent.

One counterpoint is the Twitter feed of Groundviews, which I curate along with one other, that regularly engages followers who ask for clarifications, contest our viewpoints, feed us with information and post their own opinions.

Screenshot of exchange between @groundviews and @prakashism via Echofon.

On the other hand, Sweet to tweet, published in the Economist recently, notes,

As well as boosting the profile of individual politicians, Twitter may be better designed for campaigning and opposition than for governing. “We’ll change Washington” is easy to fit into 140 characters. Explaining the messy and inevitable compromises of power is a lot harder.

And the article goes on to suggest,

The days when tweets involved a sweaty-thumbed real-life politician giving candid thoughts on the day’s events may be passing. Risk-averse politicians are likely to make their tweets bland, and bland tweeters may be less likely to be followed. Once politicians understand that everything is public, they are much less likely to offer the unadorned truth, at least to ordinary voters.

The article in the Economist is interesting reading, for it analyses differences in the behaviour of politicians on Twitter in the run up to and after elections, as well as in opposition and in government. We can see these general observations play out in Sri Lanka as well. With Twitter now supported on Dialog via SMS (and perhaps other mobile phone networks) one can expect to see a growing number of those seeking public office use the medium in the run up to election to reach to, though not necessarily engage with, their prospective vote base.

Whether the use of social networking and media will, in any way, help transform the culture of politics in Sri Lanka from a corrupt, nepotistic and clientelistic model to a more deliberative, participatory and responsive framework will be a question I will continue to engage with, as will I am sure, many others.

The fall of the House of Clinton, an article in the Economist, has an interesting take on the decisive role the Internet and web played in the campaigns of the two Democratic candidates Barack Obama and Hillary Clinton.

Mr Obama simultaneously lowered the barrier to entry to Obamaworld and raised expectations of what it meant to be a supporter. Mr Obama’s supporters not only showered him with small donations. They also volunteered their time and enthusiasm. His website was thus a vast social networking site (one of his chief organisers was a founder of Facebook)—a mechanism not just for translating enthusiasm into cash but also for building a community of fired-up supporters. Mr Obama’s small donations proved to be a renewable resource, as supporters could give several times, up to a maximum of $2,300. Mrs Clinton ran out of cash.

ICT against corruption is an issue I’ve written on earlier, and it came as a surprise today that no less than Lawrence Lessig has set his mind on using ICT to combat corruption. “How will the Internet change the corruption of politics?” is one of the many questions Lessig answers and describes how the Internet and web, as a tools of participatory democracy, can make government more accountable and transparent.

Lessig’s vision is limited to the US, but there is no reason why the mechanisms and technologies he speaks about can be adopted and applied in other countries.