Was invited by out-going Director General of the Government Information Department Ranga Kalansooriya late Sunday night to give a presentation the next day on social media and its importance for government officials, at a workshop organised by him with representatives from Facebook (coming in from India) present. Incoming / acting DG of the Government Information Department Sudharshana Gunawardene was also present for most of the workshop.

I used a few hastily created slides (download the deck here) to showcase why it was important government (officials) used social media, and Facebook in particular, to communicate to and if they so wished to do so, engage citizens. Noting the youth bulge in Sri Lanka’s demographic coupled with the rise of broadband and mobile phones, I flagged the sea-change in the way citizens got information and news, and indeed, went on to share this content with others. Knowing that Facebook representatives from India would go into it in more details, I briefly flagged the 5 million monthly active users on Facebook as reported on my ad-dashboard (which is actually much less than what Facebook itself said were Sri Lanka’s MAU at the time of writing this, which is 5.8 million). I also noted the overwhelming majority of these users connected through their mobile phones.

I then flagged to what degree Facebook played a role in Sri Lanka’s elections, just over 2015. I just showed three key slides, which suggested citizens were keen to know more about what their elected representatives did over social media, and also went on to inform those not on social media with news and information they had first learnt about online. 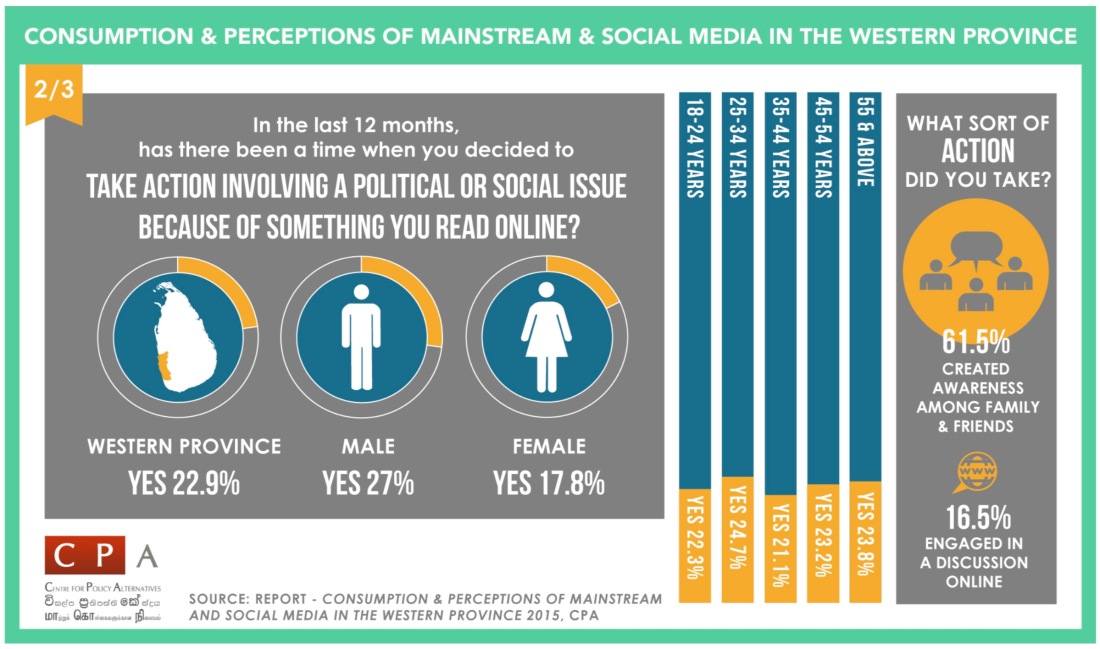 Highlighting the substantial, in-depth research and polling on Facebook content and use in Sri Lanka done by the Centre for Policy Alternatives, I focussed on the ‘Consumption and Perceptions of Mainstream and Social Media in the Western Province‘ report, published early 2016 with fieldwork done late 2015. CPA’s website has more details about this report and key findings.

Showcasing a number of instances where the current President and Prime Minister were surrounded by youth posing for selfies, I noted that selfies were 2017’s autograph, and communicated a powerful political idea that the way to influence their minds was through the devices they owned and wanted to be framed through.

Flagged a very interesting data-driven research paper on the use of social media by government official and public sector workers, I noted that it was not so much fear of social media that prevented better and more strategic use, but fear of reprimand, and the Establishment Code as it stands today, which is anathema to proactive disclosure and meaningful engagement with citizens.

The academic paper’s findings seemed to be borne out by those present at the workshop!

When asked how many of those present used @Facebook for at least one hour a day! #lka #srilanka #media pic.twitter.com/Sl8ttMKaod

I also flagged the Information and Communication Technology Agency’s 2015 attempt to come up with a Social Media Policy for Government, under the then head Muhunthan Canagey. After two or three meetings at ICTA, and a process of eliciting input and ideas by placing the draft in the public domain, ICTA just forgot about the process completely. 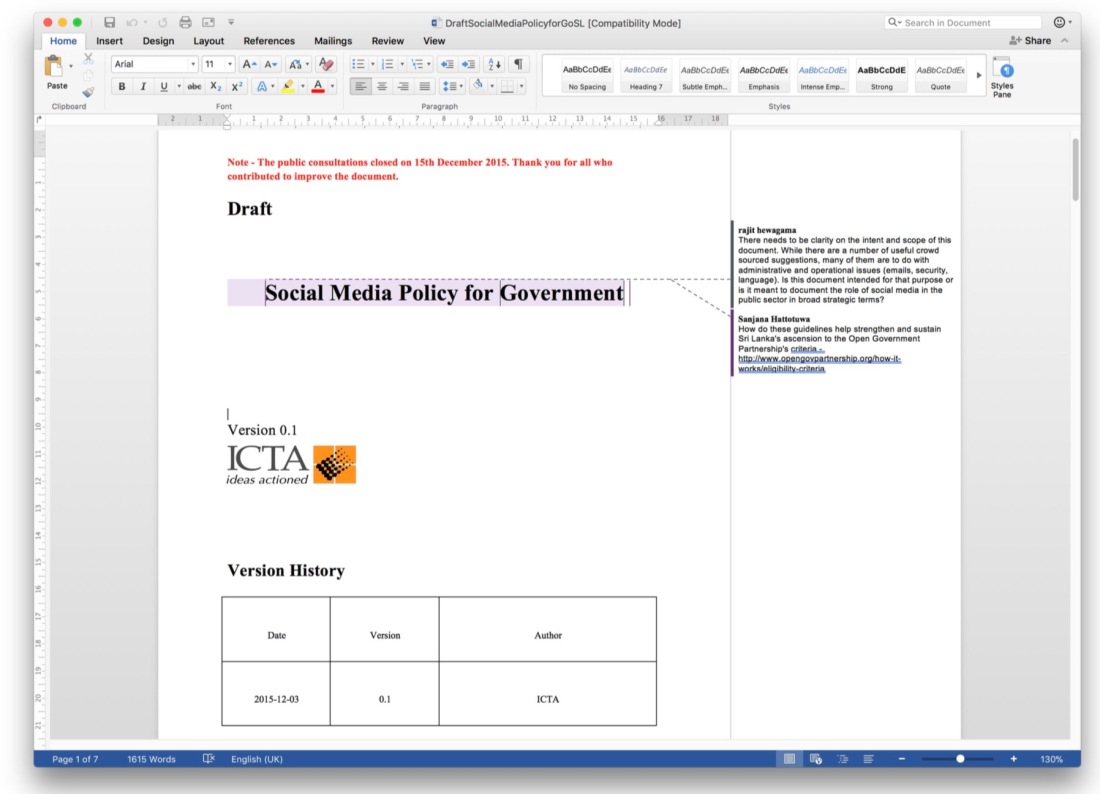 I suggested it’s revival, under or led by the Government Information Department, along with the recently released social media guidelines for New York Times staff, as foundations that could be adapted and adopted for the creation of a suitable framework for social media use in Sri Lanka’s public sector.

I ended by showing just how many from government were already on Twitter, and the hard road to social media’s meaningful use, from just a passive publication mode to active engagement.

Was also really good to engage with Facebook at the workshop, and learn what plans they had for the region and Sri Lanka. As noted on Twitter,

Good to get @Facebook to interact with Govt but also told Abhinav about serious issues re hate speech, GBV, cyber bullying on platform #Oma

Rohan Samarajiva, who also spoke at the event, has a great post on what he said. Many important points there. The end  is particularly revealing. I was the 32nd to read the post on the official government news portal, in Sinhala. A day after the event was held.

By way of comparison, just the first of a chain of tweets I published on the event, late yesterday, had at the time of writing this generated 939 impressions and 45 engagements.